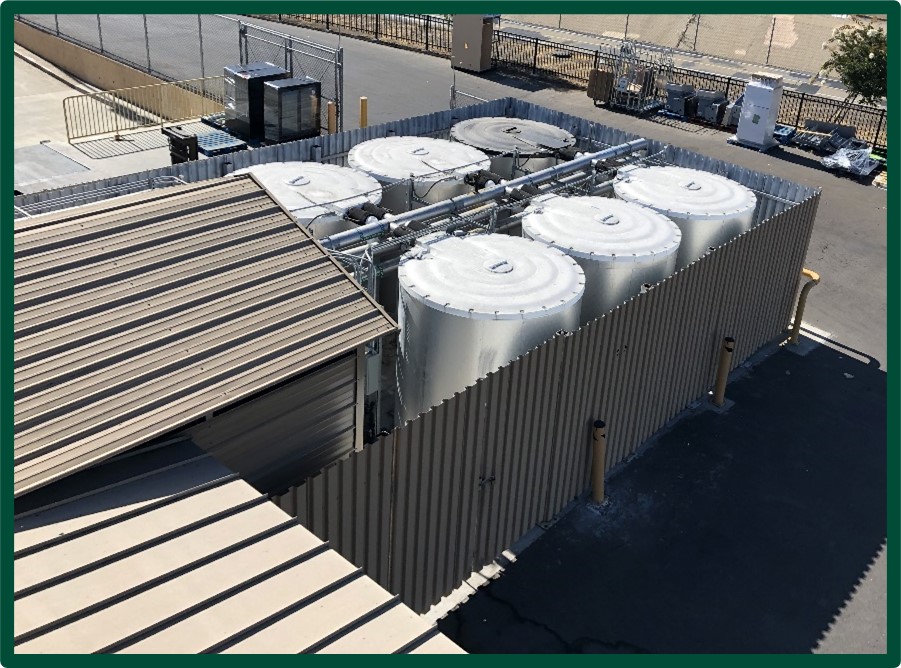 The goal of this Emerging Technologies study was to determine the load shifting potential of salt-water ice thermal energy storage systems installed as a retrofit on an existing grocery store refrigeration system.

The thermal energy storage (TES) system was sized to completely offset the store’s medium temperature compressor rack loads during the utility’s On-Peak hours and charge the system during the early morning Super Off-Peak hours. However, unlike traditional load-shifting TES systems, this TES control system uses the whole-building meter demand as a trigger for charge/discharge optimization of the system. The TES control system modulates the output of the stored refrigeration energy from the ice storage tanks in order to reduce or increase the power consumed by the refrigeration compressors, which decreases or increases, respectively, the power provided to the store by the utility grid. In order to minimize the store’s total energy costs, the TES control system monitors the grocery store’s whole building load, as measured at the utility service meter, in order to optimize the TES discharge rate in a manner which reduces the utility demand charges while minimizing ice generation and storage losses.

At the singular site analyzed in this project, demand savings were achieved that can be directly correlated to the thermal energy storage system. However, the demand savings potential for this technology is limited by maximum load on the store’s medium temperature refrigeration during peak hours, and the project site has a relatively small refrigeration system. Therefore, the limitations of this technology prevent making any conclusive statements regarding the load shifting potential of this system across other grocery stores, climate zones, and refrigeration system types.

Since this system demonstrated the potential for load shifting in a technology proof-of-concept test, it has the potential to be a successful measure through statewide customized incentive programs. However, continued development of the technology will be required to improve the load shifting efficiency in order to make it competitive with other energy storage systems currently in the marketplace, including battery storage systems.

Insufficient data has been gathered to generate any conclusions that could be extrapolated to thermal energy storage systems installed at other locations. Further testing across a wider range of grocery store refrigeration systems and climate zones would be required to determine if the demand savings could be predicted reliably without conducting the same level of M&V as was conducted in this study. 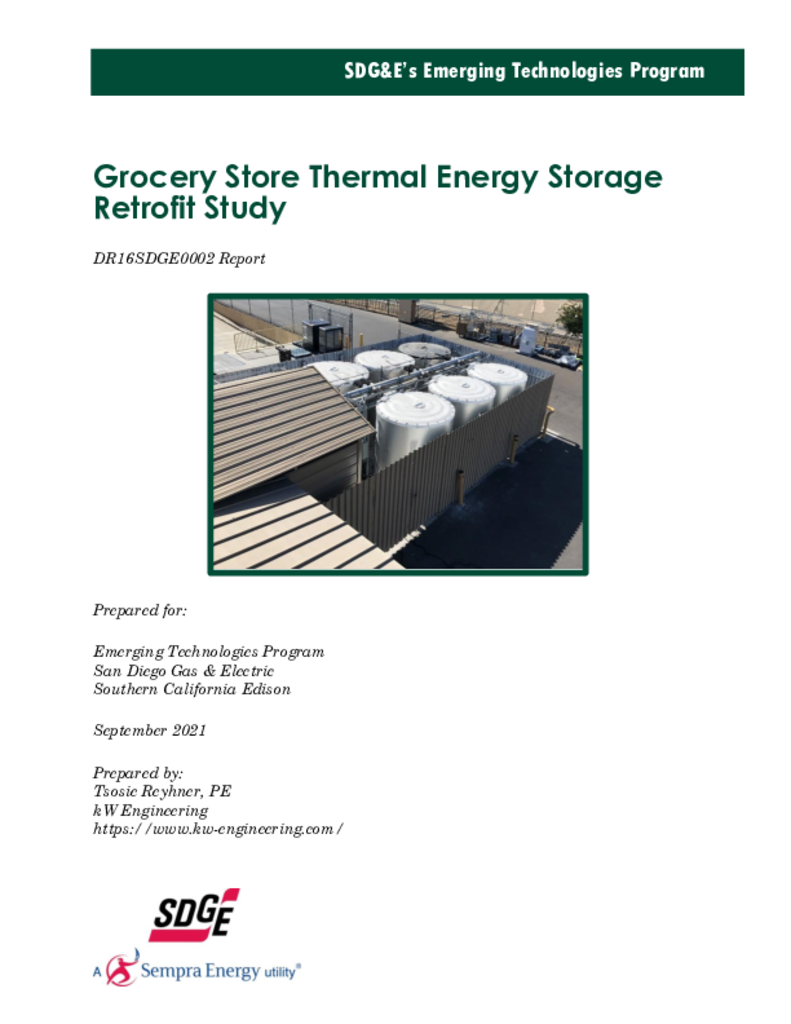