The goal of this project is to assess the energy and demand savings resulting from a solar assisted direct expansion (DX) system.

A field test was conducted in a 1,600 sq. ft. single-story residential home located within SDG&E territory. In this test, an emerging technology that consists of a solar thermal collector, a bypass valve, and a controller was added onto a new 2-ton variable-speed split heat pump. Since the technology was installed onto the new heat pump, baseline operation was simulated by bypassing the solar thermal collector. The technology performance was recorded in between November 2019 to April 2020, alternating the technology on and off weekly. The heat pump operated in both cooling and heating modes during the testing period.

The field test observed no apparent savings either in cooling or heating mode. However, the study was limited in scope and the following next steps were recommended: 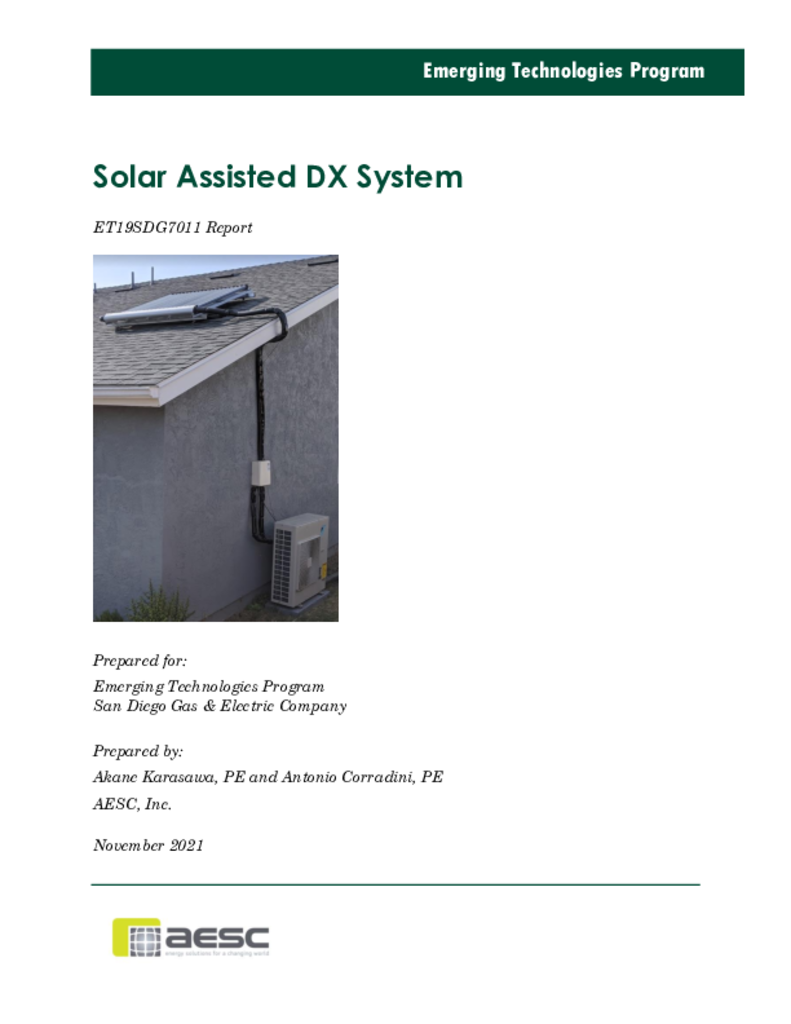